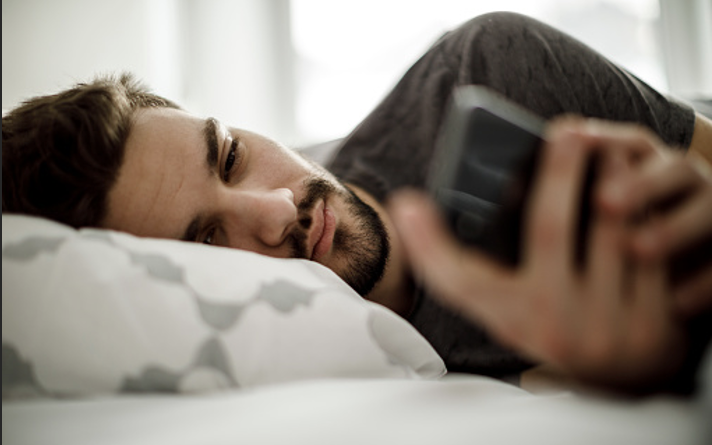 How Dangerous Is Sleep Texting?

Research has proven that many people are prone to sleep texting. A study from Villanova University found that 25% of college students admitted to texting while they were asleep. Texting while sleeping was associated with poor sleep quality. Additionally, students who slept with their phones close by were more likely to text during sleep. So, how dangerous is sleep texting? What can be done to prevent this problem? Continue reading for helpful tips.

Research has found that many people have an unhealthy dependence on smartphones and that sleep texting has an impact on the quality of their sleep. Teenagers have an average age of 10 when they first get a cell phone. Research suggests that these phones could damage the brain of young people, especially teenagers. This can cause many mental disorders as the result of a constant connection with smartphones. To avoid this problem, you should put the phone away from your bed when you go to sleep.

If you are a victim of sleep texting, it is advisable to seek medical attention. A doctor can help you figure out the cause of parasomnia and prescribe an appropriate treatment. In addition, you should bring a witness to your appointment to confirm that the behavior is indeed occurring. If sleep texting is a problem, your doctor will need to conduct a sleep study, called polysomnography. This test will reveal your sleep patterns and rule out other medical problems.

Why Does Sleep Texting Happen?

Many young professionals are wondering, “Why does sleep texting happen?” They may feel as though they are having an unconscious conversation, but they’re not. The text messages they send are nonsense and sound like people talking in their sleep. Sleep texters may be unaware of how much time they’re wasting. Nevertheless, these young professionals need to respond to texts late at night, and they’re often forced to do so when it is their best hour of the day.

There are a variety of reasons why sleep texting happens, and one of them is lack of sleep. Lack of sleep causes the brain to be less responsive to outside stimuli, and this makes it more susceptible to the effects of texting. However, people with parasomnias may have an inherited trait, making them more likely to engage in sleep texting. While sleep texting is more common in people who regularly text, it doesn’t mean that it’s a sign of a health issue.

Who’s Most Likely to Sleep Text?

A recent study found that one in five Americans has experienced sleep texting. Many people respond to a recent text message with an automatic response. Teenagers are especially susceptible to this behavior, but adults are not immune to the same behavior. In some cases, blue light from their phones interferes with sleep, but the effects are not as severe as those caused by other unconscious nighttime habits. People who receive texts during sleep also report lower sleep quality than those who do not.

A recent study conducted by Villanova University School of Nursing found that nearly a quarter of college students admitted to sleep texting. The majority of these students did not remember texting during sleep, but those who did report lower quality sleep tended to report a greater frequency of sleep texts. While most sleep texters don’t remember their texts, their lack of sleep quality affects their health. “A good night’s sleep is essential to avoid stress and maintain healthy sleep patterns,” said Elizabeth Dowdell, Ph.D., RN, FAAN, who conducted the study.

Things To Do To Overcome Sleep Texting

If you’re having trouble sleeping due to your constant texting, you should stop doing it immediately. Try turning off the notifications on your phone and turning off your phone before bed. Sleep texting is a serious issue for adolescents and can cause a lot of problems, including an interruption in sleep and exposure to inappropriate information. There are several ways to stop sleep texting, including muting your phone and placing it in a separate room.

Leave Your Phone In Another Room

If this method doesn’t work for you, try leaving your phone in another room. This will help you avoid picking up your phone right before bed. You might also want to install a regular alarm clock. In either case, it will be less likely that you’ll pick it up at night, which can cause more problems. Alternatively, you could install apps on your phone that will allow you to listen to sleep meditation while you’re on the go.

Another way to avoid sleep texting is to put off answering messages while you’re still awake. While our society encourages us to answer texts immediately, it’s also important to give ourselves time to process information and react appropriately while we’re half-awake. Waiting a few minutes before you check your messages is a great way to reduce your response time and increase your chance of staying in deep sleep. And remember to be kind to yourself and don’t get too stressed out.

Keep The Phone Away From The Bed

Another way to overcome sleep texting is to keep your phone away from your bed and in a safe place. Many people find it hard to put their phones away completely, which makes sleeping on your phone difficult. Using it while asleep is not only dangerous for your health, but it can also cause physical problems. For many people, sleep texting is an everyday problem and is a huge distraction. It can even lead to accidents. Keeping the phone away from your bed is also a great hack to keeping cool at night.

Thankfully, there are many ways to combat sleep texting. By staying away from your phone while sleeping, you can improve the quality of your sleep. Sleeping is crucial for your health, so tackling this problem is a good way to improve your quality of sleep. You’ll be more productive and less stressed when you can sleep better. If you want to avoid sleep-texting for good, then here are some helpful tips: